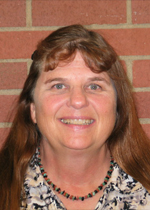 I grew up on a cattle ranch north of Canon City, Colorado, and I learned to love an agricultural lifestyle out in the country.  I graduated from Canon City High School after a life full of academic pursuits and many extra-curricular activities.  My next great adventure was to attend Western State College of Colorado (now named Western Colorado University) in the beautiful mountain town of Gunnison, Colorado.  I was active on the Speech and Debate Team and in the Drama Department, and I was also a part-time student secretary on campus throughout my time in school there.  I earned a Bachelor of Arts Degree from Western State College, with a double major in English and Speech / Drama.  My life after that time has been filled with professional learning pursuits and graduate study at several universities to further my education.  The culmination of these efforts was earning a Master of Education Degree in Teaching English to Speakers of Other Languages (TESOL) from Grand Canyon University in Phoenix, Arizona.

I have been a secondary English teacher for many years in Utah, Colorado, and Arizona, and I have taught courses similar to this one during that time.  Throughout my entire teaching career I have been an active member of the National Education Association.

My husband and I raised a beautiful family together.  We very sadly became Gold Star Parents when our oldest son, SFC Ronald Tanner Wood, was killed in the war in Iraq on July 16, 2005.  We are enjoying a quiet and peaceful lifestyle on a small alfalfa hay farm near Mount Pleasant, Utah.