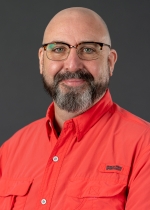 Ed Swidey, new Assistant Professor of Theatre, teaches acting, improv, and musical theatre performance among other courses. Ed grew up in Massachusetts, earned his BA in Theatre from Boston College and MFA in Acting from the University of Delaware. Ed received a 2015 Lunt-Fontanne Fellowship, which annually honors 10 of America's best regional theatre actors, and was subsequently cast by his Lunt-Fontanne mentor, Phylicia Rashad, in her award-winning production of Ma Rainey’s Black Bottom (Mark Taper Forum).

Ed is thrilled to be here at Snow to serve students in their exploration of the theatrical arts.