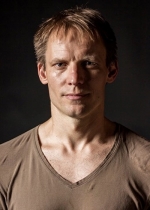 Dmitri is the Artistic Director of Snow College's Dance Ensemble.

Dmitri Peskov was born in Moscow, Russia where he studied martial arts at a number of underground clubs and ballet at Tatiana Timofeeva Dance Center. Since moving to Chicago, he founded and produced Spectrum Dances Festival from 2001 to 2003 with the help from a Special Projects Grant from the Illinois Arts Council. He then co-founded and co-directed DanceLoop Chicago Company for which he choreographed a total of seven pieces to high critical acclaim. From 2004, he became an independent artist and dancer working with Chicago Ballet, Chicago Festival Ballet, Salt Creek Ballet, Joel Hall & Dancers, Wellspring Dance Company, Shirley Mordine & Co Dance Theatre, Tet a Tet Theatre, Borealis Theatre and the Lyric Opera of Chicago where he performed as a soloist in the production of "The Damnation of Faust". From 2007 to 2010 he collaborated with choreographer Paul Sanasardo, co-creating two roles for his last evening length works, "In the Shadow of Nina Simone" and "Night in the City". He also shared evenings of works with Links Hall founder Bob Eisen, collaborated with Minnesota choreographer Wynn Fricke in the creation of her solo "A Narrow View" and began an ongoing collaboration with Laban Center Senior Lecturer and British dancer and choreographer Gary Lambert.

Dmitri is a permanent fixture at a number of Midwest Dance and Theatre Festivals including Dance Chicago, Rhino Fest, Harvest Chicago Contemporary Dance Festival and Midwest RAD Fest. His works have been presented throughout the U.S. and Russia and commissioned by such companies as Nash Dance Theatre, Cerqua Rivera Dance Theatre, Joel Hall & Dancers, Madison Ballet, Jacksonville Dance Theatre, Northern Dance Theatre as well as a number of university dance programs. He has taught for both dance and theatre faculties of Beloit College, College of DuPage, Macalester College, Jacksonville University, U.W. Madison, Illinois Wesleyan University and  North Central College.

Dmitri holds an MFA Degree in Choreography from Jacksonville University and an MA Degree in Foreign Languages and Literatures from Northern Illinois University (where he also worked as a Graduate Assistant for the Philosophy Department). He has studied Meisner Technique at the Gaitley Poole Acting Conservatory and Lecoq and Suzuki technique at The Chicago School for Theatre Creators. He is a certified pilates, yoga and tai chi instructor and a poet whose works have been published in England, Australia, USA and Russia.

Dmitri Peskov is the recipient of the Illinois Arts Council Fellowship in Choreography Award and the Link Up Residency Award. Chicago Tribune newspaper  praises his dance compositions for being "poetic and alternately beautiful and honest” and according to Chicago Sun Times dance and theatre critic Hedy Weiss "he is both a choreographer and performer to be reckoned with.”